Much has been written about the mother and daughter duo Marit and Luule, who founded Nurme’s natural cosmetics. However, there is less talk about the men behind the Nurme brand – Märt Tiits and Jimmy Karp. November is men’s month and it’s time to get to know them better.

As Märt’s surname suggests, he is Luule’s husband and Marit’s father. In this way, Märt has seen the birth and growth of Nurme and helped with advice and strength during all 12 years of operation. He says that the family believed in the success of the natural cosmetics company, which was the daughter’s idea, from the very beginning, and the future perspective has always been seen in it. Therefore, it is not surprising for him that the efforts of Luule and Marit have borne fruit today – the company, which started in the home kitchen, has grown into an internationally recognized cosmetics brand, whose products are sold in more than 60 stores across Estonia.

Märt says that the females in the family carry the carriage and he walks alongside it, helping them in any way he can – if necessary he digs a pond in the yard of the farm, makes new tools, and, if necessary, helps with production. “I do everything that is needed – I produce, transport and build. Initially, I did it in addition to my main job, but for the last five years I have been working full time in Nurme, as the number of daily tasks increased as the company grew, ”says Märt, who, during the Soviet era, has studied to be a car electrician and previously has worked as a car locksmith, workshop foreman, cemetery guard, and he has even been throwing manure in a kolkhoz. ” “At that time it was necessary to buy an apartment and you needed to work for it. Luule and I were both in the dryer in the kolkhoz – we have never been afraid of work. We have always been enterprising and we have not only lived in a dream world because dreams tend to come true, ”says Märt.

During Nurme’s first seven years of operation, Märt helped to build four different rental premises suitable for production, until the Räbina farm in Kose municipality was found. “The dream of Luule was that Nurme must have a soap farm, and today we have it. It was as if the blindness of falling in love when buying Nurme Farm, but the first impression was deceptive – it turned out that all that was left of the building was a stone foundation and rafters. The rest needed to be changed and we built a new building on our own, ”says Märt. Today, with the experience, skills and technique that the head of the family has, the construction of the farm has more or less reached the finish. “There are always small things to do, but it’s a joy that something big has finally been completed. As a small entrepreneur, there is constant work – everyone’s blood, sweat and tears are behind the success, ”says Märt.

How is it to work with your spouse?

The positive thing is that you can work with your family and Märt is extremely satisfied with that, saying that he is like two peas in a pod with Luule. “That’s why we’ve got it all worked out – we have moral support: in the evenings we talk about the day we had and we are constantly aware of each other’s activities. When the time is tighter, we understand and are aware of the situation. Working separately, it might be more difficult to understand each other’s concerns, ”explains Märt.

Although Märt and Luule work at the same place on a daily basis, in reality, they do not meet all the time. “Luule runs from one house to another and works on her tasks. I often go out of the house in a transport circle, ie I distribute the goods. “I have taken a few loads even to Finland in the winter – if the courier company even provides warm transport, it is so expensive that it is more reasonable to deliver it yourself,” explains Märt.

Märt and his hobbies

In addition to working in Nurme, Märt’s daily life also includes motor noise and oily hands, because his hobby is rallying. Together with their three grandchildren, they build cars together and drive from one rally stage to another across Estonia. “I started motocross at the age of 16 or even a little earlier and in 1984 I found my way to rallying. For a lifetime I have been interested in motorsports, engine noise, and the technical side. Motorsports is closest to my heart, ”says Märt.

Märt has three grandsons, the oldest of whom turned 18 last winter. “He is already driving the fastest and strongest rally at the Estonian level. We built a car last winter, which was more expensive than buying it, but the goal was not to spend money but to teach the boys how to build and create a car, ”says Märt. If he instructs and does more specific welding work, all tightening, washing and cleaning of the nut is the boys’ job. “The middle grandson is now starting to drive a folk rally, and a 5-year-old lastborn is already demanding a car from his grandfather,” he describes.

In addition to instructing the boys, Märt also continues to rally. “Tarvastu, Piiroja and Missos have folk sprint and gross series, where we make three to four races on one track and the same number on another. The boys used to drive my car, but now it’s the other way around. First, the boys go and then I go, ”says Märt. After each ride, go to the garage again, wash the machine and then assess what needs to be done. Lists are compiled and spare parts are ordered. “The boys are in a row in the garage and I’m guiding them. The aim is to provide technical know-how, organizational skills and, of course, driving skills. Driving is a very small part of it all, but after all the effort it is like a cherry on a cake. Of course, they would only drive if they could, ”says Märt.

Another man in Nurme’s business

Today, Marit’s husband, Jimmy, who is the CEO of the company, handles Nurme’s daily worries and joys. “I have everyday challenges related to staff and contract partners. The hottest topic I am dealing with at the moment is digitization, ie we are digitizing all work processes. This makes us more efficient, reduces duplication of work and minimizes the possibility of errors, ”explains Jimmy.

According to him, the most difficult part of digitization is mapping – understanding what someone is doing. “In the early years of the company, one person played seven roles, but as the company grows, these roles need to be kept clearer and the information that has so far been left in the employee’s head needs to be mapped out,” says Jimmy, that this will make production more efficient and reduce paperwork – which will reduce the proportion of waste paper and make Nurme even greener. 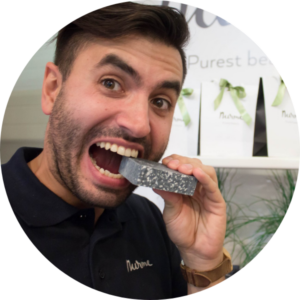 Jimmy says that in recent years he has gradually become more involved in Nurme’s activities. “I started updating Nurme’s website and e-store. We finished it about a year before the first corona wave, which was great timing because otherwise, we would have been in trouble because during the lockdown it was crucial to have an efficient e-shop to continue being available to customers, ”says Jimmy. Adding that there are more and more developments on Nurme’s website. The goal is to make the customer’s user experience better and better. To reach this goal, Jimmy advises the technical side. He has not only gained knowledge in the field of IT with life experience, but also the corresponding degree from EBS, the only business school in Estonia. Jimmy is a certified IT manager who has previously worked in various government departments as well as in the private sector as an IT manager.

If necessary, he makes shampoo and labels the products 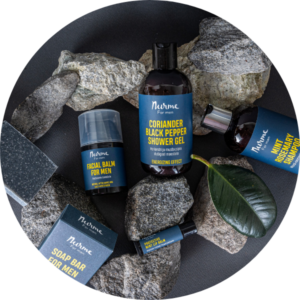 However, despite his position, Jimmy also assembles products for customers to get shipments ready on time. “I packed packages last year and this year as well: Christmas time is already on in trade business and an extra hand is always needed at that time. But I have also bottled shampoo and labeled the products. When doing this work, it’s nice to see the inside of the process – what it really is, and it also helps me come up with ideas on how to make the work process better, ”explains Jimmy.

By the way, Jimmy is also behind the creation of Nurme’s men’s series. “It’s made following my given tips. Marit asked what kind of scent men could like, and I have always found the combination of pepper and coriander most likable, ”says Jimmy, so it is no surprise that this series is also his favorite of Nurme’s products, which he enjoys every day.

And when you ask Märt what his favorite Nurme product is, the answer is soap and it doesn’t matter which one. “I only demand soap from women, and if I have that, I don’t need anything else,” says Märt. 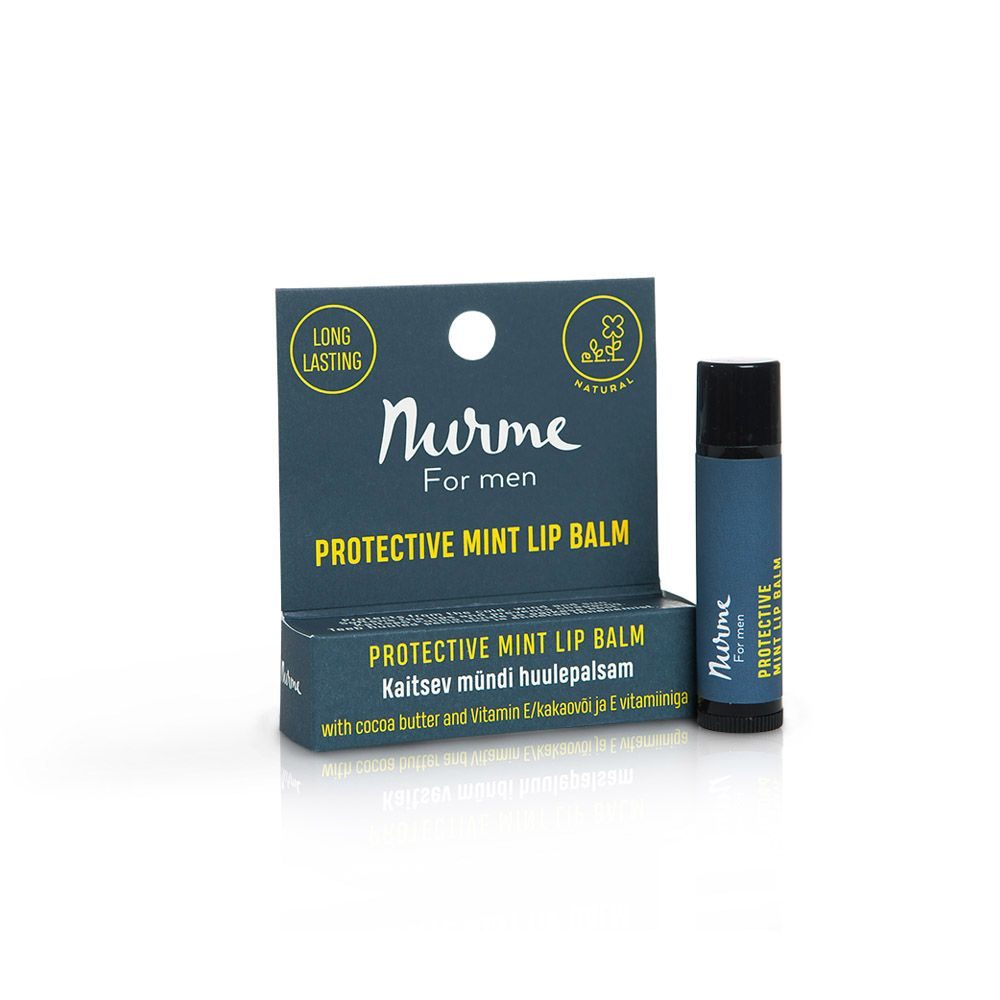 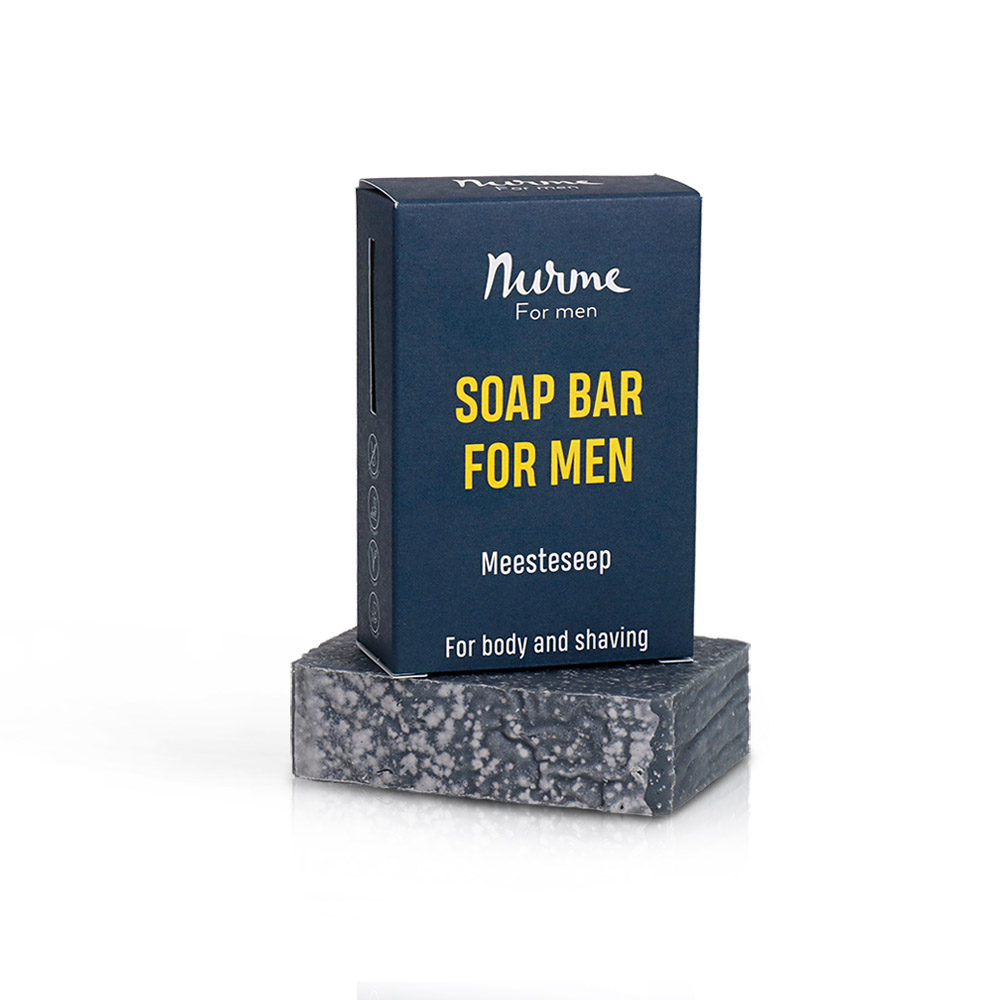 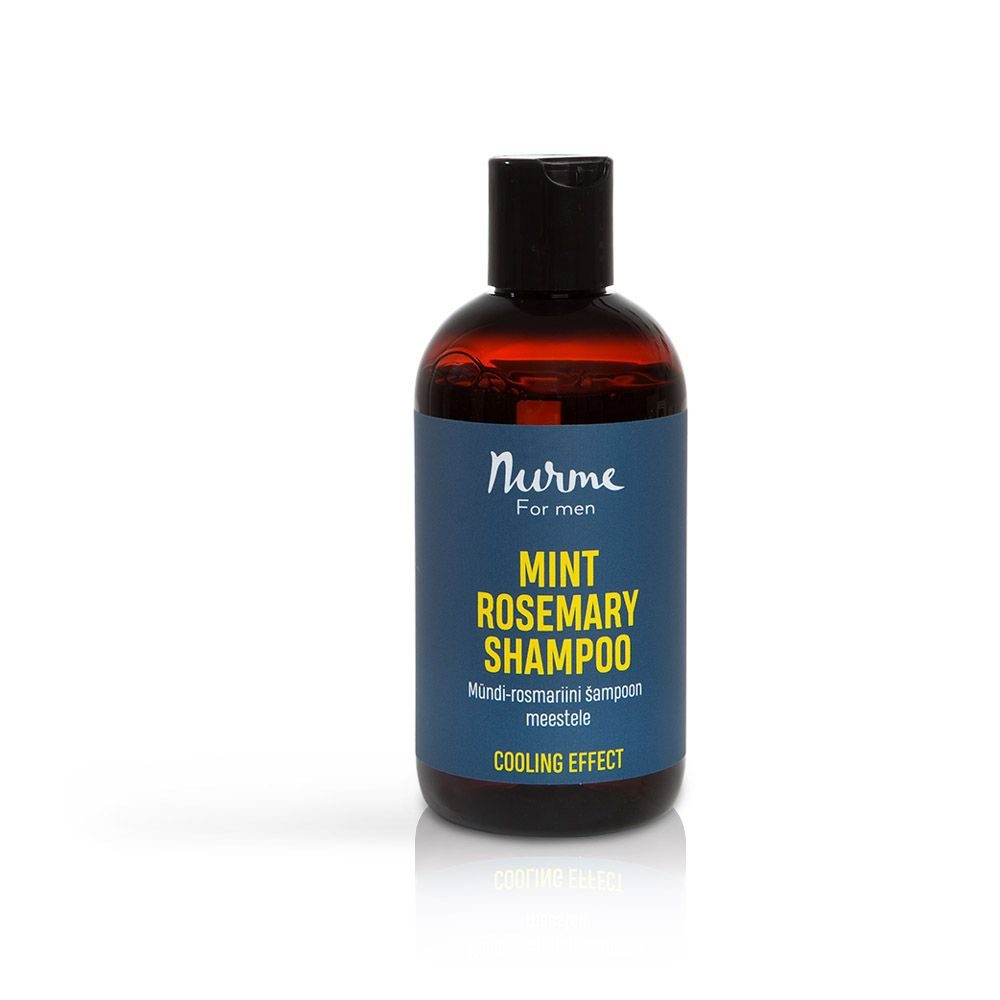 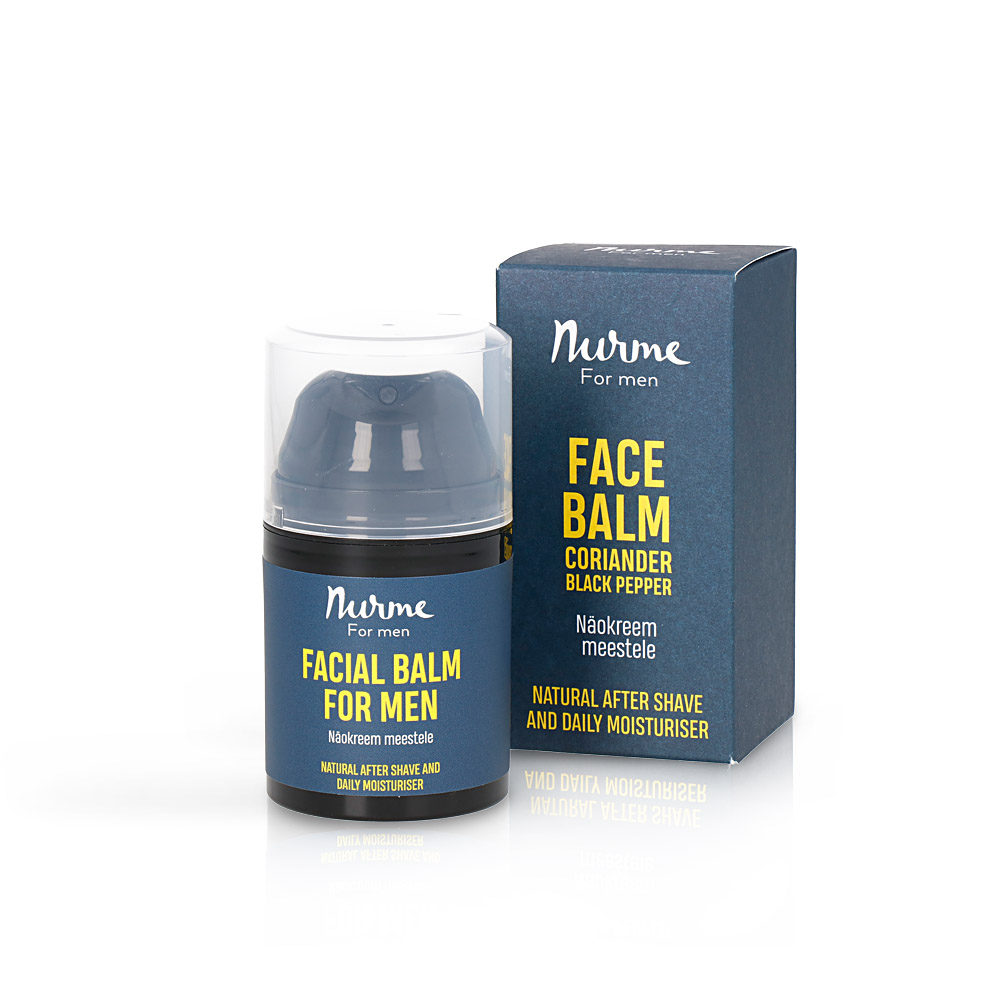 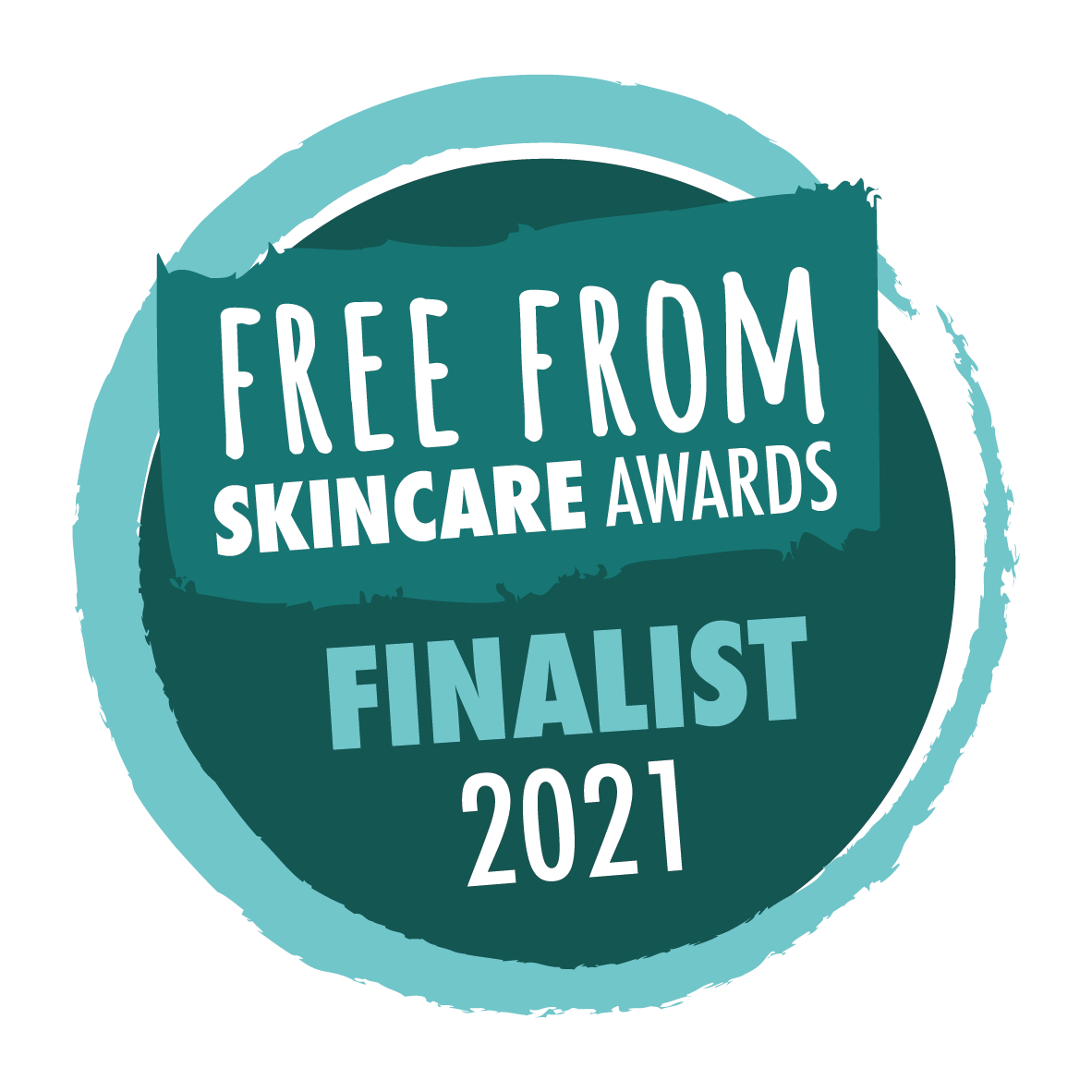 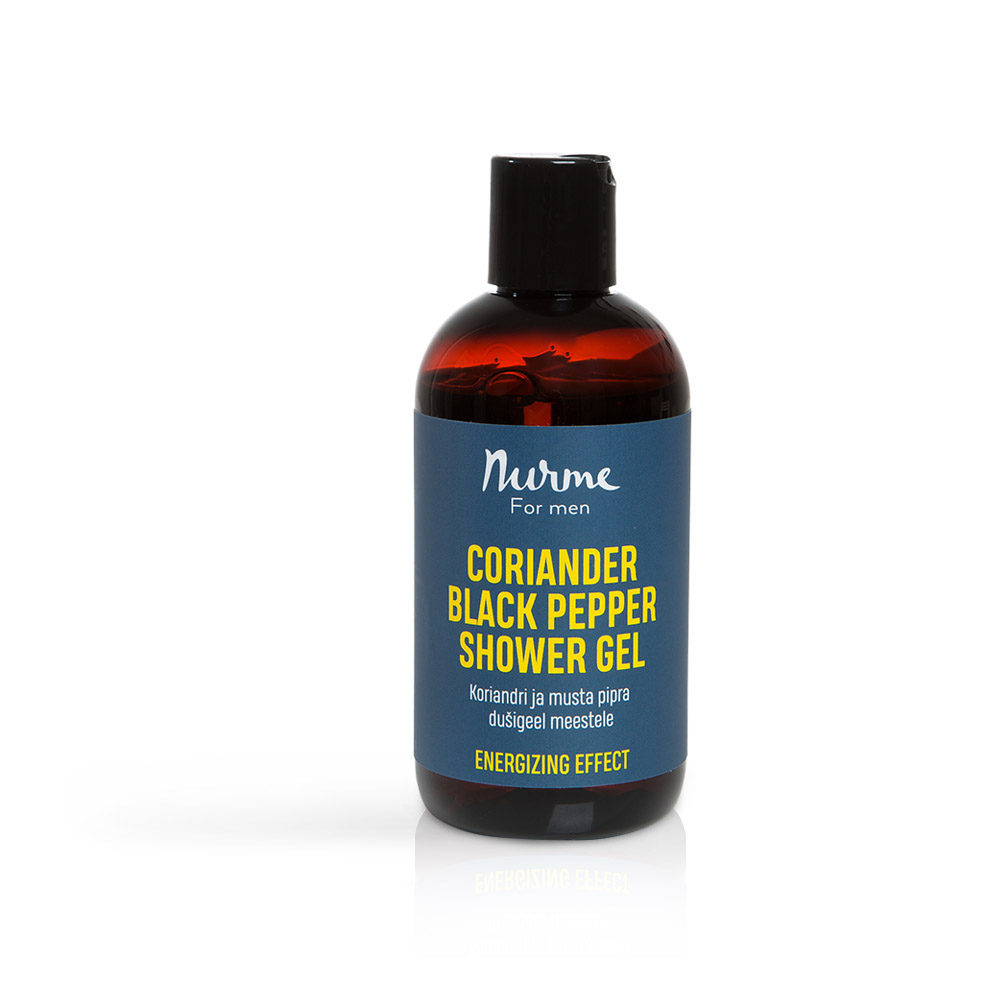