Shea butter is considered a real miracle product due to its anti-inflammatory and caring effect. It can be confusing, whether refined or unrefined butter should be preferred? We will explain what the difference is between these two and what Nurme Cosmetics uses in its products. 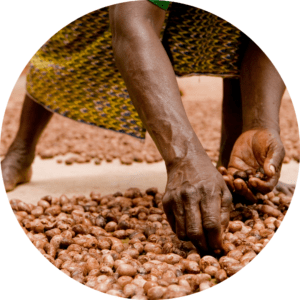 Shea butter is like African gold but in beige. It can only be made from shea nuts, which grow only in central and western Africa. Thanks to the income from picking nuts, African women have improved the quality of life for themselves and their families and have been picking them from the ground for hundreds of years. For the same time, women have protected facial skin from the hot winds of the Sahara desert with shea butter. Although shea butter is mentioned in almost all documents on African history and medicine, in other parts of the world the butter has only been used in recent decades.

On the other hand, the African beauty product has been widely used in the current beauty industry due to its versatility: shea butter relieves skin irritations, has an anti-inflammatory effect, and is therefore well suited for sunburn. At the same time, sunburn can be prevented with shea butter. Shea butter has an SPF of three, so it works as a lighter kind of sunscreen. In addition, shea butter contains vitamins D and E, which are like a secret weapon against wrinkles and signs of aging.

Shea butter is available in both unrefined and refined forms. In the first case, the shea butter is made in the traditional way – the dried nuts are peeled and the flesh is crushed. The resulting mass is roasted, which gives the product a pleasant smoky smell. The nut pulp is then boiled in water until the fat rises to the surface. The resulting mass is put in a sieve to drain it and allowed to solidify. The result is a solid, lumpy ointment with a yellowish-beige color. It still has a strong nutty aroma.

Natural cosmetics and chemical processing do not go together 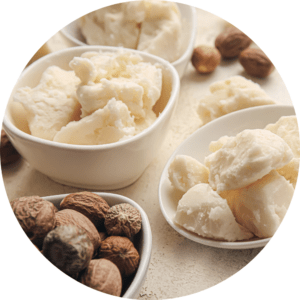 Another option is refined butter. It is believed that this means chemical treatment of shea butter, during which most of the useful properties are lost. According to Nurme Cosmetics CEO Marit Tiits, there is no such danger in the case of natural cosmetics, because otherwise natural products would not have the ECOCERT mark. Primary refining means that the dirt is physically removed with a sieve and then the pulp is processed. In the case of natural products, this does NOT in any way mean bleaching or deodorizing (or removing the odor) in a chemical way, which in fact results in the loss of healing properties. The predominant odor and dirt can also be removed by cold pressing, which is a new measure in the treatment of substances. Cold-pressed shea butter has a more neutral aroma and smell after processing, while still being equally nutritious. To do this, the shea nuts are pressed under weights, which helps to expel the oil and at the same time sift out the shea nuts. The result is a cleaner product without the use of chemical aids. With this method, the consistency of the cream is more smooth and the color is lighter beige. It is good to know that if the shea butter is completely white, then most likely it is a result of chemically bleached nut mass.

After refining, there is a little loss of vitamins and active ingredients, but only to a small extent. “Only a small part of the substances will be lost and the benefits of refined butter will outweigh this loss. In the case of unrefined raw materials, the product must be considered uncleaned. If you want to apply the ointment to skin burns or irritated and flaky skin, you should not take the risk of taking unrefined shea butter and applying it to yourself or your child’s skin, ”explains Tiits. In this case, the product may contain for example dust because shea nuts are harvested in Ghana, where the groves are by the roadside. None of us know the conditions under which the local villagers pick up and inevitably dust will be there. “But we definitely don’t want it to get on irritated or broken skin. That is why it is important that shea butter is refined because then it is safe, ”says Tiits. “It is often said that unrefined shea butter has more vitamins and the benefits are higher, but it is not considered whether there is a risk that using an unrefined product may have its consequences.” In addition, the lack of a specific nutty aroma is a bonus of refined shea butter. That way it is very suitable for the production of odorless and baby products.

You should be gentle with irritated skin 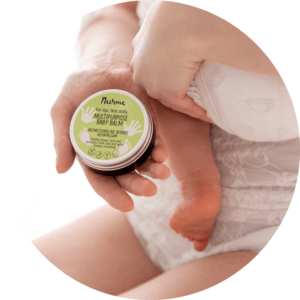 “In the case of refined shea butter, dirt and strong odor have been removed, but it still does its job effectively – it protects and nourishes the skin,” explains Tiits. Shea butter is very suitable for treating diaper rash because it creates a protective layer on the skin so that moisture is not so easily absorbed into the skin. In addition, vitamins treat redness. “You must be very gentle with irritated skin so that the irritation does not turn into another irritation,” says Tiits. You might think, “what does this little piece of sand, dust, or dirt do,” but it’s worth comparing whether or not you would put unwashed carrots in your child’s mouth. “You still clean it first so that there are no stomach problems or health problems afterwards,” Tiits explains.
During Nurme’s operating time, it has also happened that when ordering unrefined coconut fat, foreign flies, that had melted into the oil, came with it. “These are physical particles that are usually sifted out. In this way, all insects, butterflies and grass cells are picked out, which could otherwise get into production, ”says Tiits. In this case, the cleaning is, of course, performed by ourselves to ensure cleanliness.

Nurme has chosen refined shea butter for its products because it ensures a cleaner aroma. “If you want to give the product, for example, a mandarin aroma, then when adding it to unrefined shea butter, it would just create a vague hybrid, which in the end no one likes and can be annoying when used,” explains Tiits. However, the odorless form of refined shea butter is also suitable for people who are sensitive to odors.

Of course, there are also shea butter fans among Nurme’s customers, and Evelyn shares her experience:

After giving birth to my first child, rough patches began to appear on my skin and tiny blisters on the hands that were terribly itchy. I used all the usual consumer goods and didn’t know anything about pure and natural cosmetics. When I found out that it was an allergy, an allergy against beautifully smelling cosmetic products, I had to change all the cosmetics at home. Initially, I tried pharmacy cosmetics, but nothing really changed  – the allergy continued to plague and the only helper was a strong hormone ointment prescribed by an allergist. Unfortunately, as a side effect, the allergy subsides, but the skin starts to crack painfully, which means strong hydration is essential. 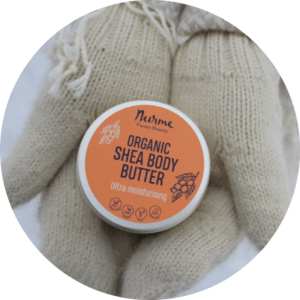 At some point, I got to try Nurme shea butter at my friend’s place. If I remember correctly, she used it as a hair mask instead. Although my hands were very soft after testing, I didn’t rush to buy it right away. I don’t know why, but I probably didn’t think that this nice moisturizing butter would really help. A year or two later, I stumbled upon the already familiar Nurme shea butter in the store, and I finally bought it. At the moment, I’ve been using shea butter for years and I can’t survive without it – like literally. There was a period when it couldn’t be found in stores and I already had a hundred ideas in my head on how to make it clear to Nurme that you must not take this product off the shelves because my life would actually stop. Nurme shea butter is also used by my husband and children, and half of my friends have started using it.

In fact, allergies taught me how important the products we use to moisturize our skin are, and I think you have to use what you dare to put in your mouth. Thanks to Nurme shea butter, I got rid of allergies and have not had to use strong hormone ointments for years. 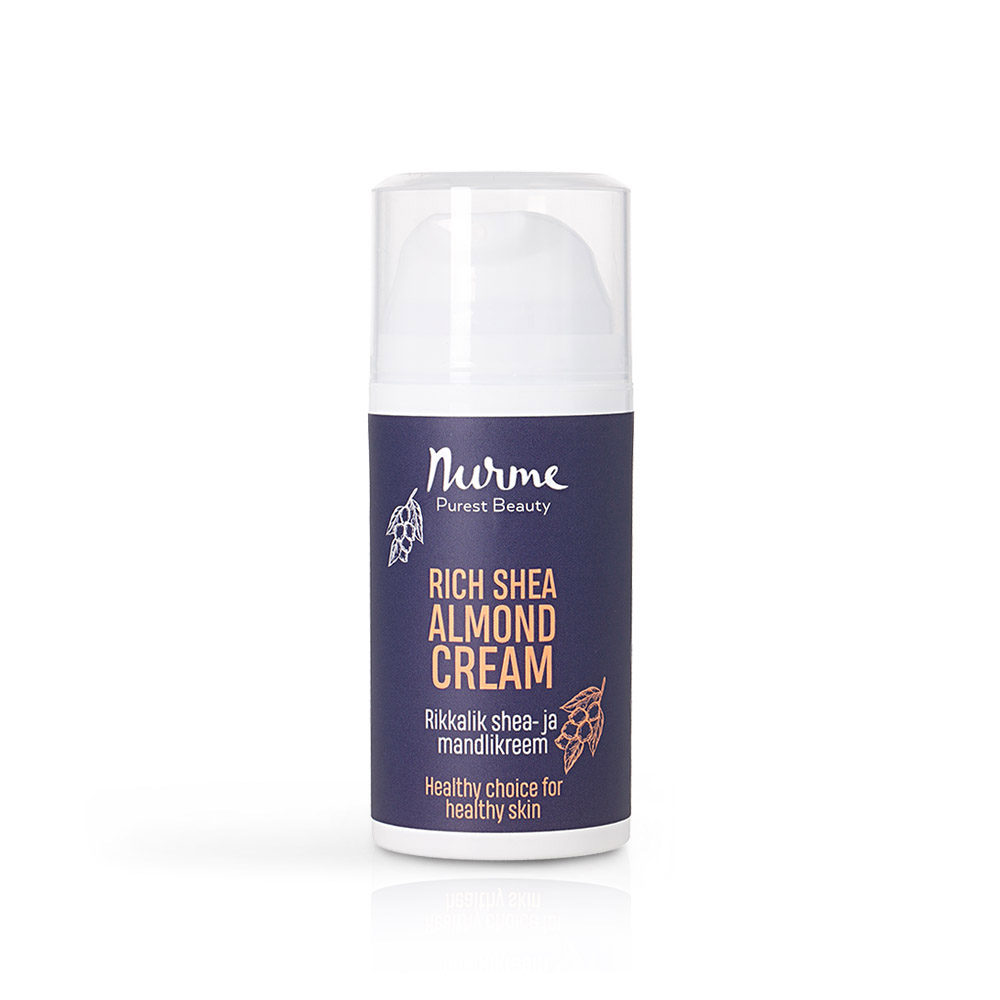 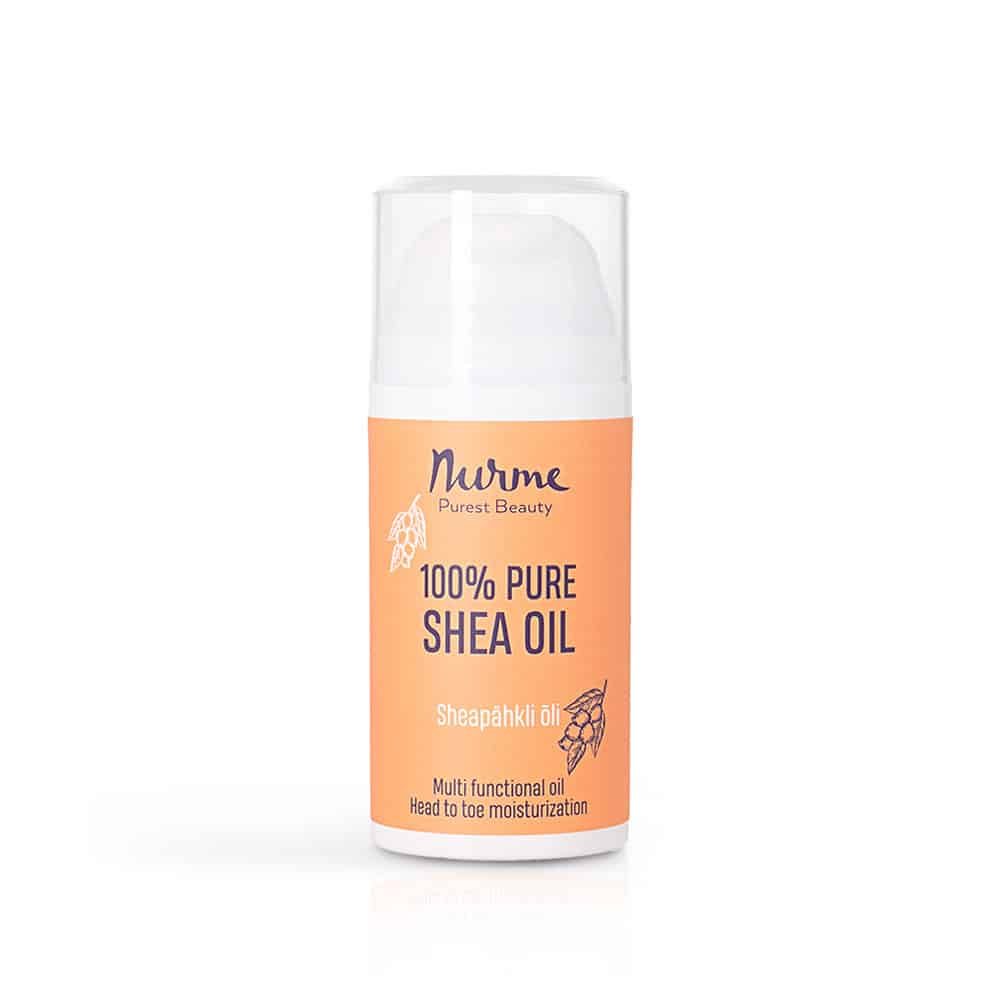